The national gun-carry reciprocity bill will enter the next phase of the lawmaking process on Wednesday when it enters markup in the House.

The House Judiciary Committee announced on Monday it will mark up the Concealed Carry Reciprocity Act of 2017. The bill would require states to acknowledge the legality of each other’s gun-carry permits. Under the bill, those with a valid gun-carry permit issued by any state and a valid government-issued photo ID would be able to carry a concealed gun in any state so long as they abide by that state’s laws on when and where gun carry is allowed.

“For me and the vast majority of Americans who support concealed-carry reciprocity, this is welcome progress,” Rep. Richard Hudson (R., N.C.), who introduced the bill, said in a statement. “I want to thank Chairman Bob Goodlatte for his strong leadership to protect our Second Amendment rights. I will continue to work with my colleagues and President Trump to pass this common-sense legislation to protect law-abiding citizens. 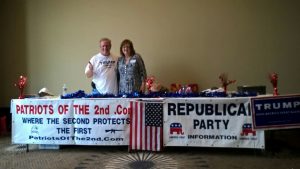 Patriots Of The 2nd collect 148 signatures On Petition for the Conceal Carry Reciprocity Act  Of 2017 at the  RK Gun Show Dec. 16-17, 2017  In Grovetown, Ga.  The RNC asked the Patriots for help obtaining signatures at the show and the response was significant.  The 148 names and signatures on the Petition was forwarded on to the RNC for presentation to the the House and Senate. Thank you for your support…together we make a difference !

HR. 38 legislation passed the House on December 6 by a 231–198 vote. Six Democrats voted in favor, while 14 Republicans voted against. It had first attracted 213 cosponsors: 210 Republicans and three Democrats.

It now goes to the Senate, although they do not plan to take up the bill until spring 2018. The version introduced in the Senate ( S.446 )  has attracted 39 of the 52 Senate Republicans as cosponsors, although one does not need to cosponsor legislation in order to ultimately vote for it.

A 2013 Senate vote on the measure received more ‘aye’ than ‘nay’ votes, by a 57–43 margin, but needed 60 votes to pass. 13 Senate Democrats voted in favor at the time, and seven of them are still in office.

Contact your  Senator that reciprocity must pass without the “Fix NICS” gun control which will prohibit thousands of people with unpaid traffic tickets from buying firearms. 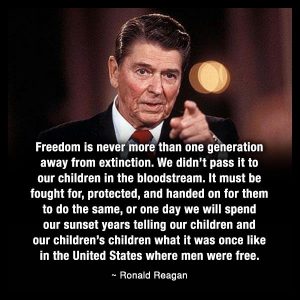